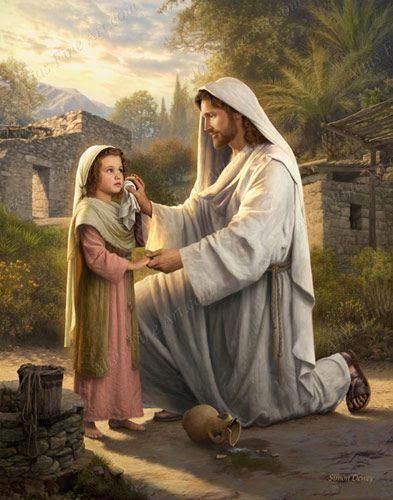 I asked "What will you give me Lord? That I remain childless?" And His silence told me, as I saw Christ laid down on the cross, "Haven't I given you enough?"

God made me want, so God will make me wait. Sometimes it seems if God isn't pushing me anywhere, He's fighting to keep me where I am. Who am I to argue with what is best for me? The Lord knows what I have need of, and He's prepared to give it to me, but only if I will receive it.

God may want me to be alone, but He does not want me to be lonely. He has given me what I need to be happy, it's just that I have so often rejected it because it wasn't what I wanted. I've been the rich young man too many times.

It's not about perfection, it's about stumbling and getting back up. Stumble a million times, just so long as you get back up a million and one times. That's the way of the disciples. It would sure be easier if I could lust and lie and boast and spout off, but goodness is hard. It would sure be easier if God would just take away my lustful, lying, boating, wrathful heart at my command, but goodness is hard. The Narrow Gate is harder to find than I thought. He never said it would be easy, He just said it would be worth it.

Grace and peace be to you. ﻿